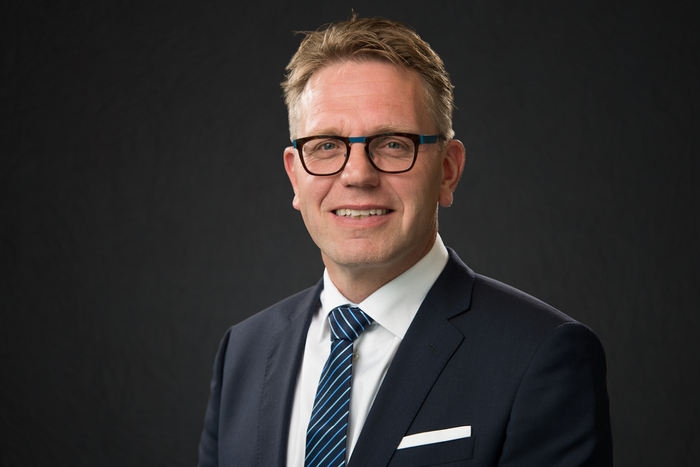 Cas König (52) was appointed CEO of Groningen Seaports NV on 1 September 2017. Originally from the east of the country, he remained in the north after completing his studies in Environmental Science and Business Administration. Cas König is very familiar with the northern business sector, with a special focus on and affinity with environmental issues and Health Safety & Environment in relation to economic activity. He lives in the village of Meedhuizen in Northern Groningen, which is close to the Delfzijl port and industry region and a stone's throw from Eemshaven. He has gained practical and social experience both at home and abroad. In 2013 he was singled out as Plant Manager of the Year. This resulted in Cas König being a figurehead for the process industry at national level for a year.

In recent years he has held various positions and gained broad experience in the industrial port setting - at Aluminium Delfzijl and ESD-SIC - and in political-social interest groups. In recent years, for example, he has worked at various interest groups, including the Association of the Dutch Chemical Industry (VNCI), the Eemsmond Business Alliance (SBE) and VNO-NCW Noord. As of 2018 Cas König is chairman of the Northern Industry Table (Industrietafel NoordNederland). With a group of 26 industrial and energy companies they investigate how the CO2 emission can be reduced in the area from Emmen to Eemshaven in order to achieve the Paris Climate Agreement.

Groningen Seaports and Pipelife have signed a cooperation agreement to build the infrastructure for the transport of green hydrogen in the port of Delfzijl and in Eemshaven. The port authority of Groningen is thus taking an important step in the further development of the hydrogen infrastructure in its industrial area. Initially, four kilometres of infrastructure will be built. The aim is to complete the pipeline within a year.

The infrastructure will transport hydrogen, made from renewable energy produced by wind turbines and solar parks (green hydrogen), to companies in the chemical and industrial sectors in the Groningen region. The use of plastic pipes makes it possible to achieve a considerable reduction in transport costs.

Pipelife will supply the pipes and Groningen Seaports will see to the construction. Hydrogen can offer an important solution to the problems caused by fluctuations in the green energy supply. Electricity (from wind turbines) can be converted into molecules and stored as hydrogen. Hydrogen can be converted in turn into raw material or fuel for various chemical and industrial companies.

The expectation is that the accumulated knowledge of and experience with the transport of hydrogen will also be applied outside the region. Not only are green hydrogen and other renewable energy sources becoming increasingly important to the Dutch economy, the use of flexible plastic pipes for the transport of hydrogen and the associated cost savings make green energy more attractive.

SoluForce, a division of Pipelife B.V., is a proven technology for manufacturing pipes from flexible composite plastic. Compared to conventional steel pipes, composite plastic pipes are long-lasting, durable and safe to use for the transport of green hydrogen under high pressure. This technology has a proven track record in the oil and gas industry over many years.