I was born in Tegelen, now part of Venlo, in 1945, a few months after the end of the war. I finished high school in 1965 and decided I wanted to study physics in Delft. In 1972 I graduated on building a computer model of the microbiological actions in the Rotterdam water storage basin "de Beerenplaat". The work was successful and I got an offer for a PhD in polymer extrusion. In 1976 I defended my thesis on Twin Screw Extrusion. After the PhD I got an offer to stay at TU Delft and only a few moments after my PhD graduation Elsevier asked me to rewrite my thesis as a book in the ‘Chemical Engineering Monograph Series’. I also won the NWO (foundation for Netherlands Scientific Research) stipend, which was a ‘one year salary’ to do scientific research somewhere in the world. 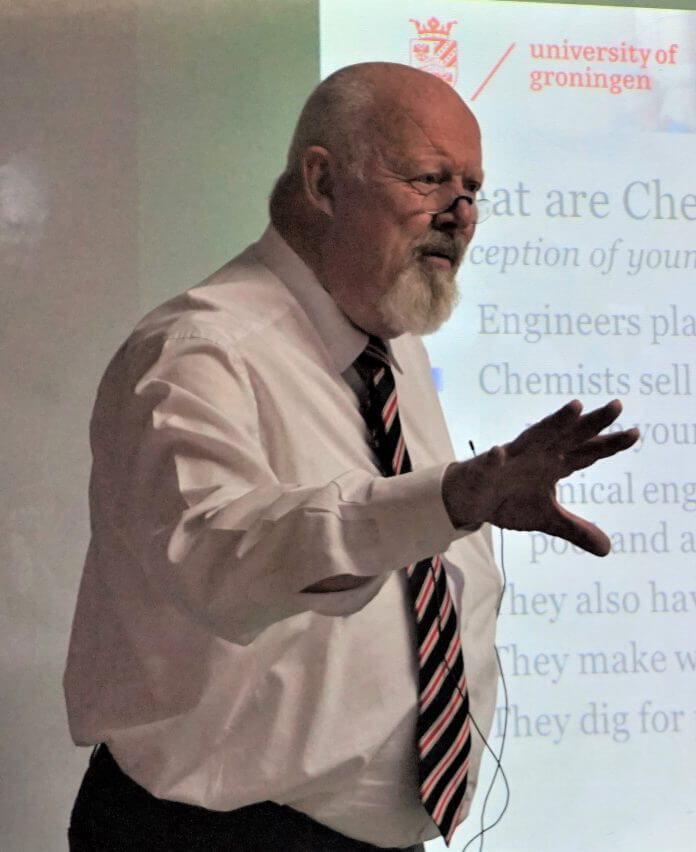 I chose the Department of Chemical Engineering of the University of Delaware (USA), where I worked with prof Metzner on a very elegant topic: “The change in conformational entropy when polymer molecules deform during flow and its consequence for the chemical potential”. After my return to Delft they made me director of a laboratory which I didn’t like. After ½ a year I left management and happily went back into science, in 1981 I received the ‘Hoogeweff Jongeren Prijs’ for my chemical engineering work. At the same time the chair in ‘Transport Phenomena’ became vacant in Groningen and prof. Drinkenburg asked me to apply. I did and got first place. After which in 1983 I got my definitive appointment.

In the after days of the “flower power period”, students had all kinds of demands. As the youngest professor I had to negotiate with them. I still remember a list of demands that appeared during the discussions:

·          More uniformity in the grading by teaching assistants  (fair enough)

·          A recreational room must be provided with games for waiting times during experiments (I will see what I can do…..)

The last wish was granted and as indirect result the foundation of G.T.D. Bernoulli became a fact. After about one week it was concluded that Bernoulli needed an own office, annex recreational room. So I asked the internal service to remove a wall between two storage rooms and make a door to the corridor. This space became and still is the Bernoulli lounge. However, during the construction I was visited by a very disturbed civil servant who told me that it was forbidden by ‘the labor act’ to have offices or sitting rooms without a window. We have studied the relevant paragraph and we could, fortunately, detect that there was nowhere stated that this should be an outside window and that is the reason that we still have this funny and completely obsolete window between the Bernoulli room and the lab next to it. 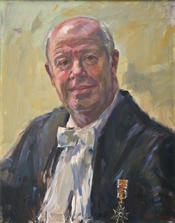 Making coffee had always been an official privilege of the canteen yet we decided to be unobedient again and install a professional coffee dispenser in the Bernoulli lounge. Of course, we were visited by another bureaucrat who wasted my time by telling me what I already knew, that our coffee machine was absolutely forbidden. By that time however I slowly had learned how to behave as an old fashioned professor and I told him that he was right, but that I held a so called ‘kroonbenoeming’. This meant that I was not appointed by the board of the university but directly by the Queen. I informed him that the coffee machine would remain where it was and I told him that if he didn’t like that, he could write a letter to the Majesty herself. We never heard anything from him again.